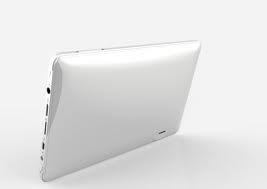 Tablet PC, is a small, portable personal computer, touch screen as the basic input device. It has a touch screen ( also known as the digital board technology) allows a user through a stylus or digital pen to work instead of the traditional keyboard or mouse. The user can build in handwriting recognition, the screen soft keyboard, speech recognition or a real keyboard ( if the machine is equipped with.). Tablet PC was first put forward by Bill Gate, is at least X86 framework from Microsoft, the computer concept products, tablet PC is a unfold, no keyboard, small enough to fit into handbags, but fully functional PC.

1. tablet in appearance, with unique characteristics. Just like a separate LCD screen, hardware devices such as hard drives are configured. And it is free to rotate the display.

2. personalized, using a Tablet PC and pen settings control you can customize Tablet PC operation, calibrate your pen, setting the left hand or right hand operation, setting Table Pc button to do specific jobs, such as opening an application or from horizontal screen go to the vertical orientation of the screen.

3. Extend using PC mode, using a dedicated "pen", action on the computer to make it as easy as pen and paper use. At the same time also support keyboard and mouse, as well as general computer operation.

4. Portable mobile, it's small size and light like a laptop, you can at any time transfer its use places, mobile flexibility than desktop.

5. digital notes, cards like PDA, Palm, Tablet, notebook of the ordinary, at any time record, create your own text, charts, and pictures.

6. the specific Table PC Android operating system, not only with a common feature of a pc, office applications can run on the Tablet, an increase of handwriting input, extend the functionality of ordinary pc

Android Tablet PC Edition already have English, German, French, Japanese, Chinese (simplified and traditional) and Korean localized version of, and soon there will be more localized versions come out.

1. Tablet integrated wireless technology and network, are expected to become the key to a greatly increased company profits. For those who frequently need to fill out a questionnaire, enterprise users want to start a paperless office, employees can use the Tablet high had to finish the job. In addition, by using wireless technologies, worksheet, or a command could be accurately and quickly sent to recipients. Companies receiving a Tablet Vancouver's Bartec Fire, claimed that the company used Tablet PCs to increase productivity, because the company could be more easily exchange information and to store at any time.

Thank you! Your message has been sent to the following suppliers.